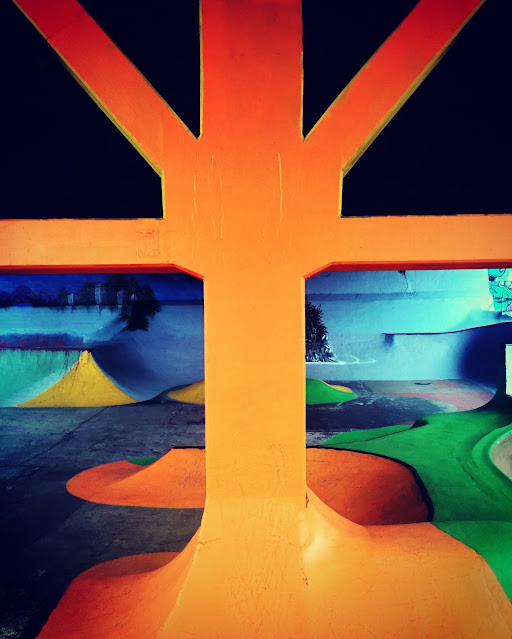 Before I had heard of Burnside, I thought anything North of San Francisco was essentially Alaska. I remember getting a Thrasher Magazine sometime in the early 90s with a scene report on Seattle and Portland. Skateboarding was low speed, low altitude, highly technical skateboarding with tiny wheels and way oversized trousers (sometimes purple-colored) and there were these Pacific Northwest dudes, blasting and slashing on wild-looking concrete forms under a bridge. At that time, DIY to my crew and I meant the occasional back yard half-pipe, launch ramp or rigging some shit up in the street. No one thought to get busy with concrete. Who were these people and how did they build such a place?

After I read the Thrasher article, I didn’t think much of it until Alison, my now wife, told me she was moving from sunny Southern California to Oregon. Christ, why would I want to visit Oregon? My dreams of surfing long right hand Santa Barbara point breaks were fading. What was I going to do when I visited Oregon? “I’ll be about 45 minutes south of Portland.” She tells me. Portland. Portland. I know Portland. Oh yeah, Burnside!

My first visit to Oregon was in 1996. Mind blown instantly. Massive trees, forests, mountains, the beginnings of the micro-brew explosion, vegan food, coffee, music, open-minded free thinkers. It seemed if you wanted to do or be something, you just did it. I’m going to start a band, make a film, publish a book, no one batted an eye lid. Cool, go for it. I had read about the DIY ethic of the punk scene in the 70s and 80s but I assumed that world was dead. In Portland, the Portlandia cliché was still a reality. Make it happen. Better to ask for forgiveness than permission. The anarchic spirit was alive and well. All of which, of course all this leads to the center of town, where the four quadrants meet under the Burnside Bridge.

I think I went to Cal Skate, the oldest skate shop in the world, to get directions from Paul Fujita to the park. It was a sunny Saturday. I was likely over-caffeinated (still experimenting with Hazlenut Soy Lattes) and nervous as hell when we pulled up to the bridge. It is hard to describe your first glimpse of such hallowed ground. I am not sure I should even try. It was sensory overload. Everyone who’s been there, knows the Burnside smell. To this day, you can still get a whiff and it takes me instantly back to the late 90s. The sound. Its skateboarding sounds amplified. Screeching wheels, grinds, slaps, screams, howls, cheers. And of course the visual overload, graffiti, magical concrete shapes and some of the wildest skateboarding I had ever seen. The approach struck me as a combination of technically adept 90s street skating with the agro of 70s pool skateboarding and blasting of 80s vert skating. It is a given these days but in 1996 people were not combining these disciplines and era-influences in such a beautiful way. Watching Red and Brent Atchley go back to back made so much sense in that moment. This was a new approach and was going to change the future of skateboarding. I knew it in that moment. But how the hell do I jump into such a raging session?

Ultimately, you either walk away with your head between your toes, or you go elbow to elbow and barge in. So I did. No idea what I was doing. I probably lasted about half an hour, a mongo pushing Welsh wanker getting in the way. No one told me to beat it but I knew it was time. Phew. That was fucking rad. A bit of sweat, pigeon shit and giant grin. My love of skateboarding was renewed.

A couple of years later, Alison tells me she is moving North from McMinnville to Portland and we should get married and I move out. Everything was falling into place. My dad and I had just got into it and were about to kick the shit out of each other. It was make a break time for Alison and I. Portland was too far from the ocean but…hmm Burnside.

Old Portland as some now call it, was a place where you could have a shitty job, live in a fun neighborhood and focus on real priorities, like activism, music, writing, art, and skateboarding. I got stuck in pretty quick. Started volunteering at Streetroots newspaper, started a zine, got traffic citations at Critical Mass, protested wars and trade agreements, joined a radical union, went to punk shows and worked lots of shitty temp jobs and quit them whenever they got old. In my spare time, it was skateboarding and really the only place to go was Burnside. It was pretty tough getting off work at 5pm and heading under the bridge into giant sessions. It wasn’t always welcoming. I had a couple of run-ins with some local legends who shall remain nameless, including a welcoming a board to my teeth after an invert went bad. “I don’t give a fuck!” The local proudly told me as I checked for missing teeth. You really had to want it to jump into that scene as a newbie outsider. Before long you get a sense of who’s who and who just moved from Michigan. No guy, you don’t get to claim Burnside, fresh of the bus and neither do I.

Two Burnside achievements I am most proud of was a disaster on the Punk Wall (when it was still the punk wall, now the emo wall) and correcting my mongo foot. There was one other mongo-footer who always seemed to be at the same sessions I was. He was a great skateboarder, fresh of the bus from Michigan (no shit) but it just didn’t look right. So I spent months learning to push with my back foot by pushing all over Portland, until I ended back down at Burnside. Burnside corrects you. Burnside also eats you. Anyone will tell you that slamming at Burnside hurts significantly more than a slam anywhere else. I was always pretty conservative down there. Surviving was good enough for me. Connecting the dots (as Monk said, RIP), finding the lines and catching a few grinds is all I wanted down there. I never really attempted to infiltrate the scene properly.

And of course it was not just skateboarding. Burnside initiated all manner of beautiful chaos. The self-policing. Poison Idea playing in the car park. Halloween insanity. People throwing TVs off the bridge and the police just standing by and watching it all unfold helplessly.

Then we got spoiled. Some of the Burnside pioneers went legit and started the current skatepark revolution. First it was Lincoln City, then Newberg, Aumsville, Donald. Those parks were so good, so smooth, safer, and friendlier and consequently my time at Burnside mostly came to an end. Weekly visits became monthly and now it’s a few times a year at best. So much has changed in the twenty years I have been here. The park has changed, the locals have rotated, Portland became a mockery of itself and priced a lot of people out, until 2020 hit (that’s a whole other story but Anarchy is back again). Yet, I can still push (with my back foot) from my house to Burnside and sometimes I do. It is like going to church. I know I should go more often and whenever I do get my arse down there it feels good, very good. The smell takes me back to the DIY optimism of the turn of the century. At 45 I feel strangely comfortable down there. What a place. Thank You Burnside. You changed my world.

My friend Francisco and I ran into Germ the other day. Germ was a street kid in the 90s and Burnside became his home. He’s not doing well. We were skating a jersey barrier and he was camping next to it. He had on a helmet and was yielding a makeshift lance. He came at us and I thought I was going to have to defend myself like it was 1999 again. “Hey! You know who I am?” “Yeah, Germ we do. How are you?” “I’m good but I’m banned from Burnside. Red 86’d me. Can I try your board?” Sure! I gave Germ my board and he dropped in on the Jersey barrier. Not on his arse, as is his signature move, but on his feet. His boots left a strange crust on my grip tape. All good. 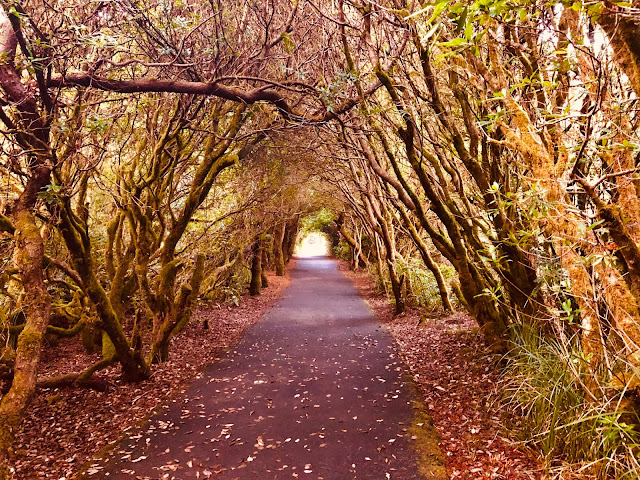 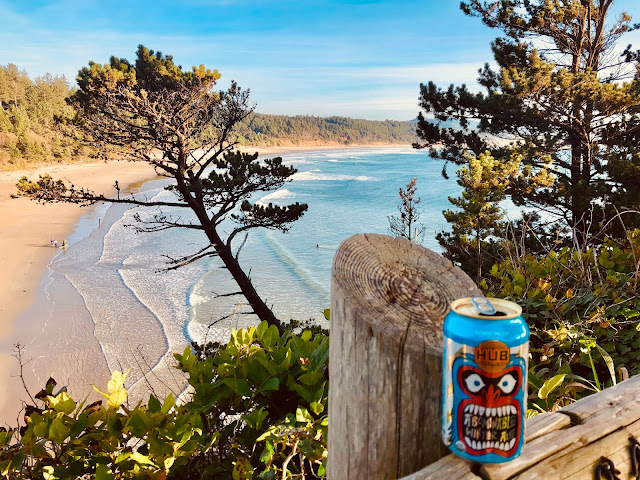 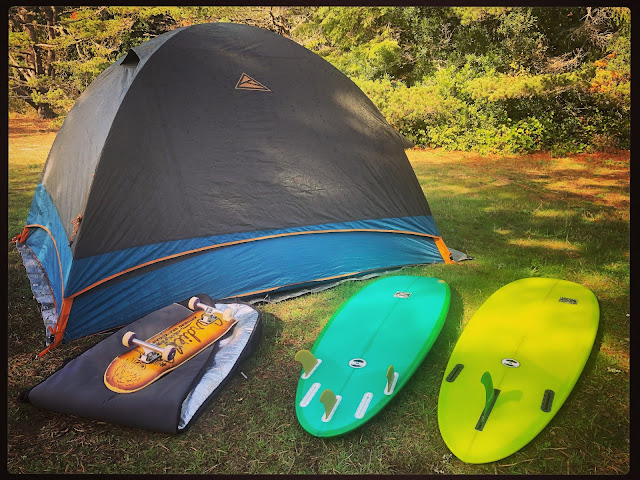 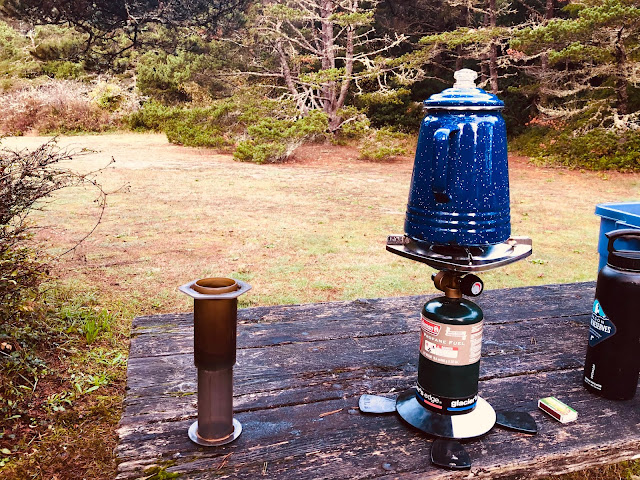 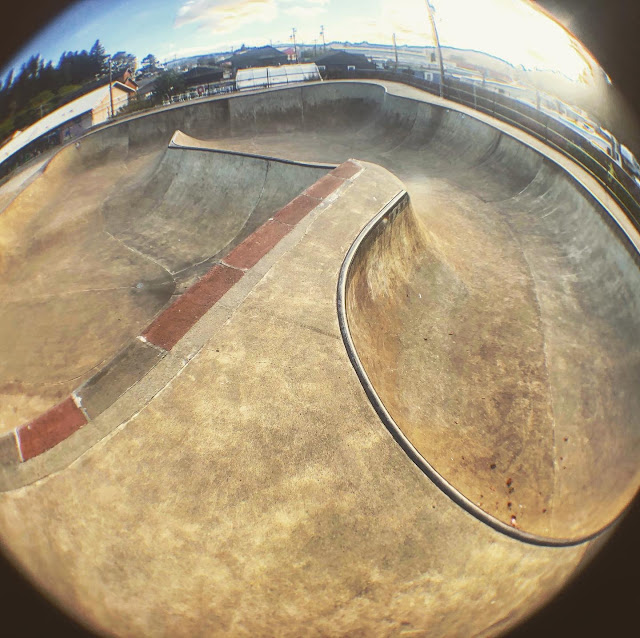 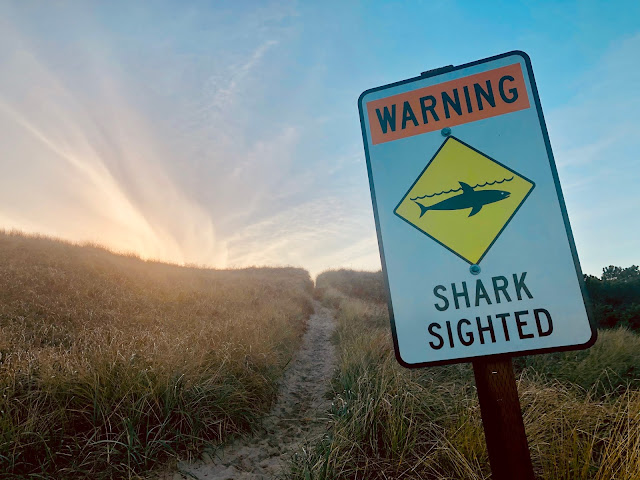 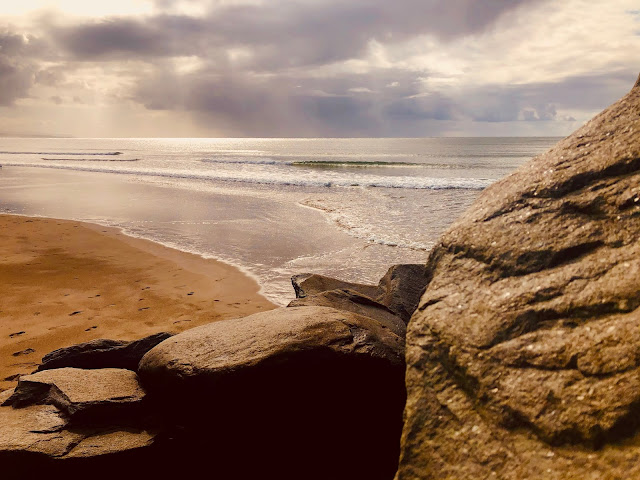 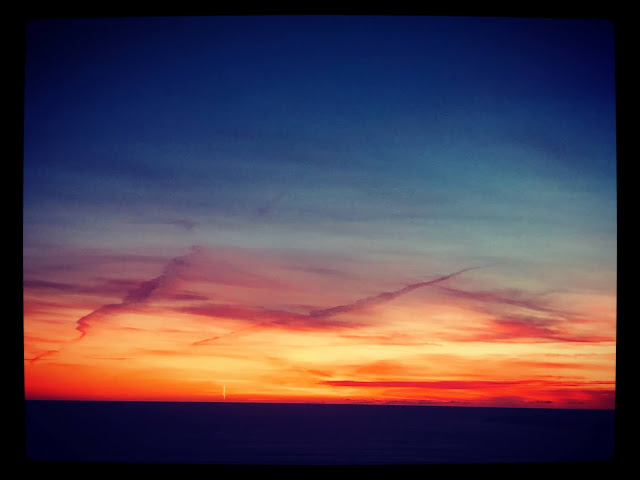 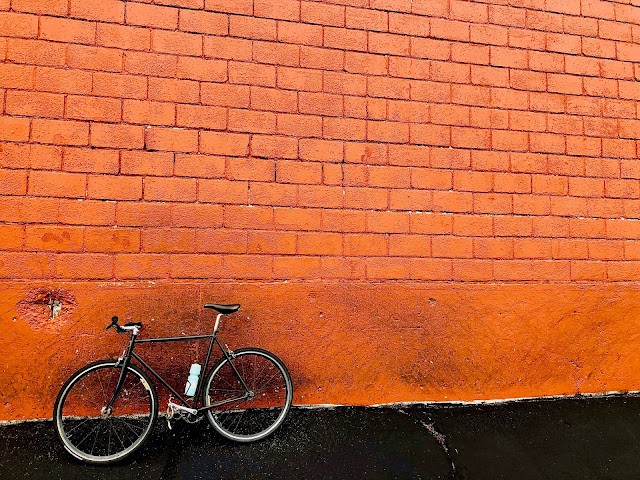 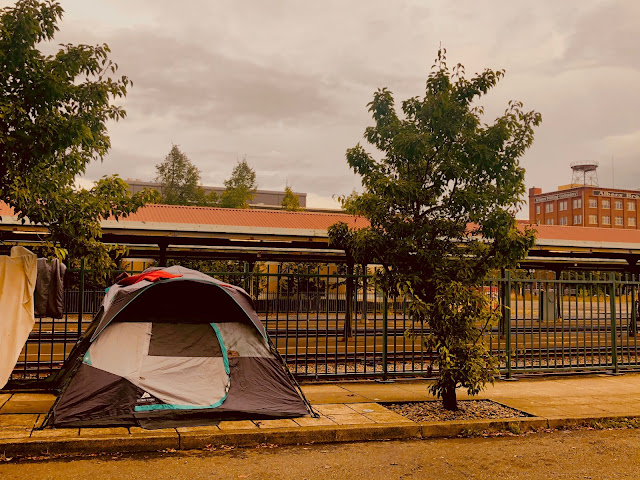 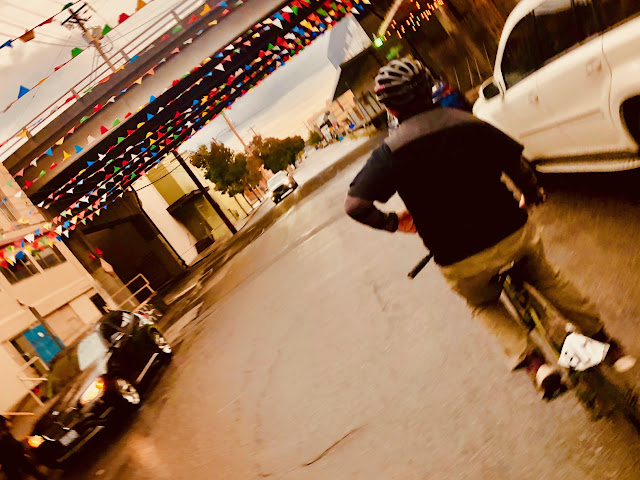 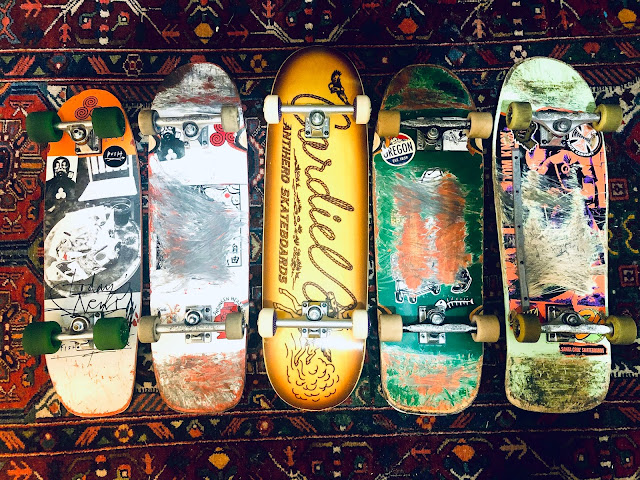 I'm Not Made of Iron

I want you to know I saw you

Try to comfort your Mum

As she begged for her gun

I saw a young man

do what he can

A moment of despair

Hands in his hair

I saw you through the sweat salt and tears

I want you to know I saw you

Try to comfort your Mum

as she begged for her gun. 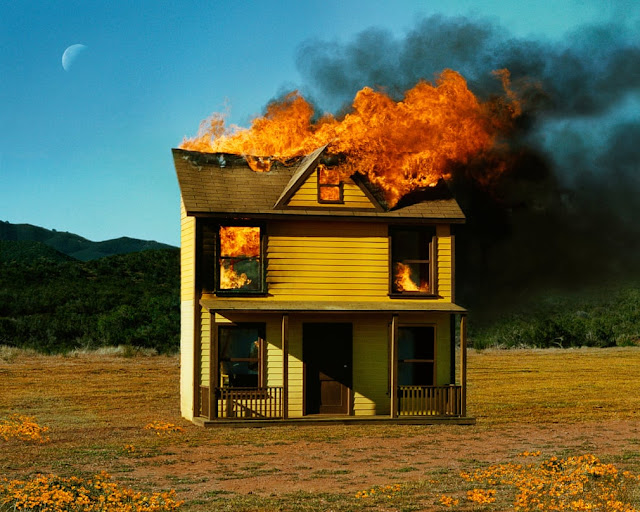 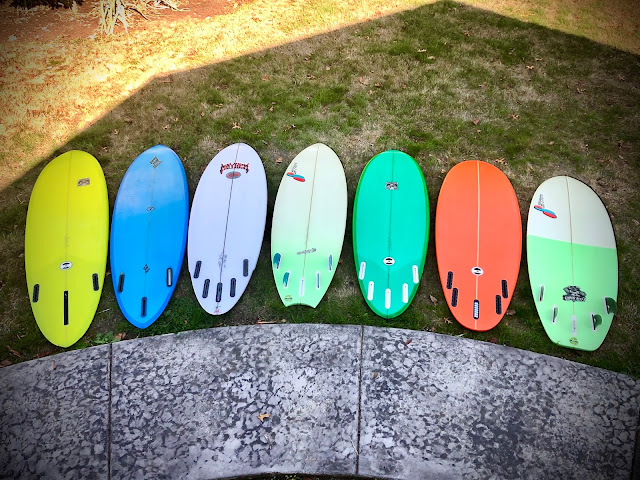 Been neglecting the middle one. And stupidly only been surfing it as a tri. I ended my week by jamming in the quad rears and yes... That's the feeling I'm seeking in swells with juice. Projection. 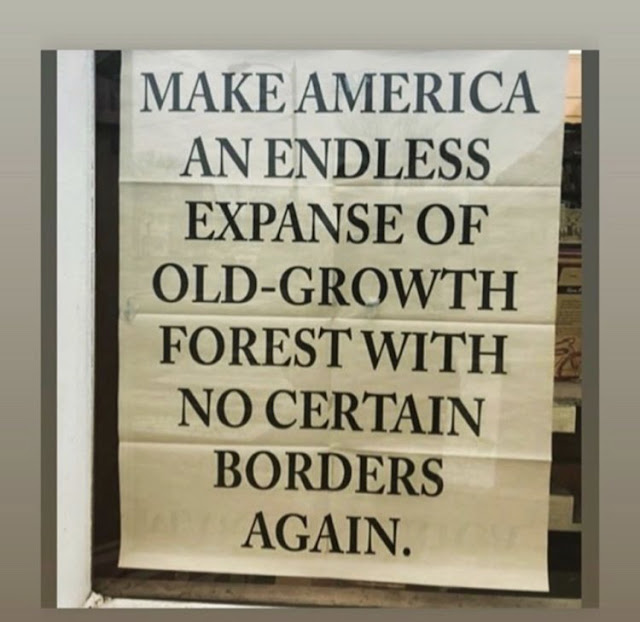 
I know I heard this speech shortly after it was made in late May but I did not really get a chance to digest it. Alone with my thoughts, yesterday driving to the coast, this randomly came on XRay FM and I really got to absorb Tamika Mallory's words properly. I'm not sure I have heard anything quite like this balance of anger with logic, fire with eloquence, passion with persuasion ever before. I was thinking of the Black Panthers at their height, or of course Malcolm X but she outshines them all. Amazing.

-Waves of Peculiarity: Towards a more sustainable surf 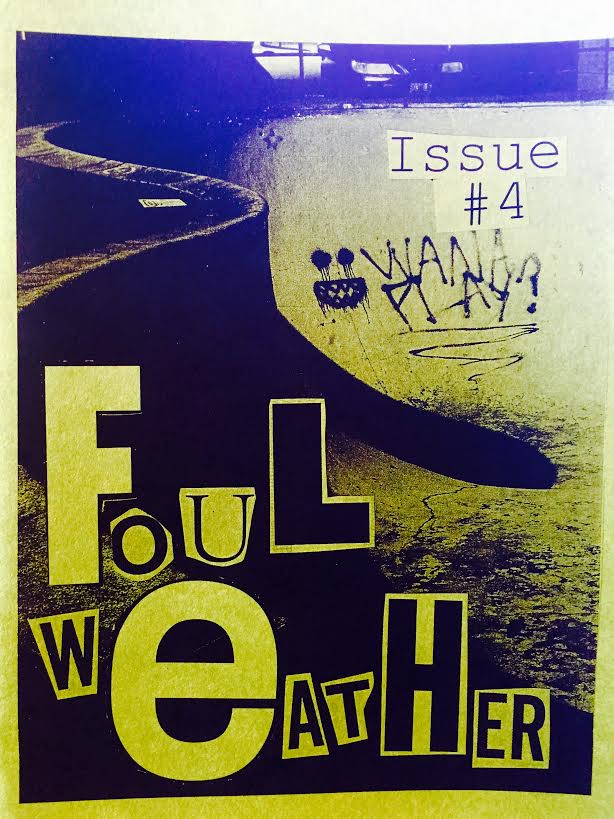